The COF is a street performance which first took place in October 2017 in Amsterdam and will be repeated in other cities and countries in the future. The body of Carnival rises up out of collective gatherings and workshops together with the participants. The performance uses images of masks and costumes from the diverse ethnic groups and backgrounds of the participants, thus demonstrating a method of producing visual expression of invisible communities. Demonstrators consisting of refugees, artists, activists and students in costumes and masks, displaying various artistically presented protest demands, walked from Bijlmer Bajers to Dam square with 9 stops on the way. At the end, near the War monument at Dam, the Manifesto of Utopian Union of Unemployed people, the new text that I produced especially for the event, was read out loud. 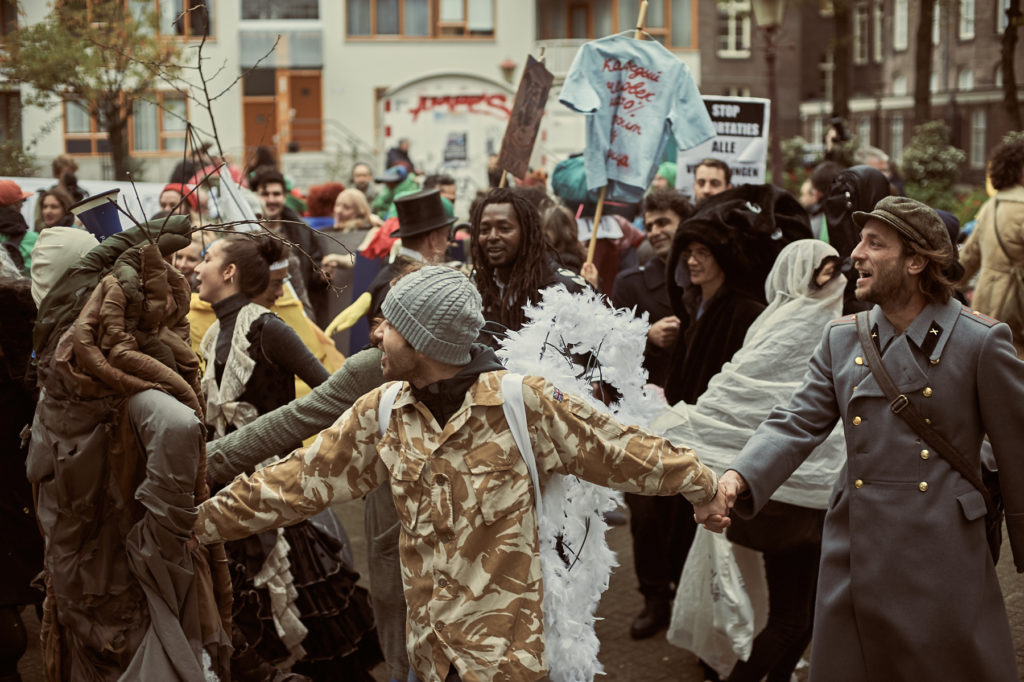