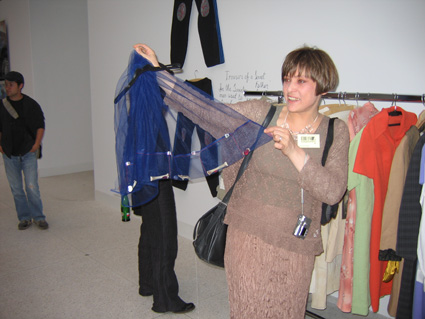 The Strange Never Give Up

The installation consists of a) a table with photographs of the “Strange”. Notes and commentaries, written by hand, b) a clothes-hanger with clothes of a special design, projected to reflect the inner world of the “Strange”. Strolling around Narvskaya Zastava, you can find them everywhere. They are everpresent, coursing through the world’s capillaries like blood cells. Usually, the beauty of the “Strange” goes unnoticed, even if there are far more of them than people who live on the borderline, who have nothing left in common with society at large, such as the homeless, lying around on the asphalt, the “Full-Blues”*, who are hardly strange at all; instead, they provoke feelings of horror, pinching sorrow, pity, or anger. The “Strange”, however, provoke a feelings of surprise and exaltation, maybe because these people continue to exist, despite the inescapable poverty of their fate. Just look at how they dress! Their clothing is armored plating, designed to defend us from the heaviness of reality! There can be little doubt that the life of the Strange is reflected in their costumes. I swear: these people are far freer than the “Full-Blues” or that the “Well-Dressed”. The slight madness of the Strange eloquently tells us that they live in their own world; often, they march forward at a determined pace, busily carrying their burden in an elegant plastic bag… 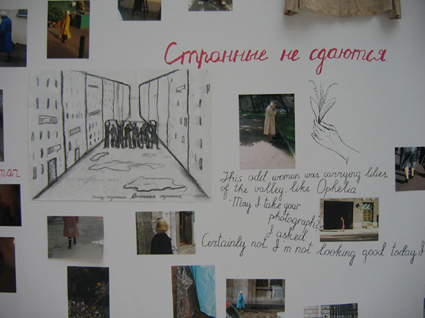 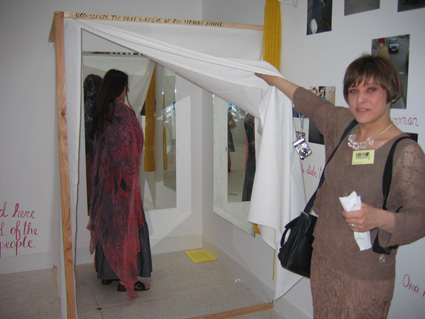