Cooprodation :BOZAR, Stand Up for Europe

In January 2018 six international artists were invited to meet in Brussels for the first time and take part in a unique experiment in collaboration – creating a collective work of art.

No one knew whether the endeavor would be a success and what kind of artwork it would produce. The project challenged both notions of individual creativity and existing examples of collectivism.

In a climate of uncertainty about Europe’s future and a demand for art and culture to take an active part in European politics this collaborative experiment could not remain neutral. Questions about art’s historically troubled position between autonomy and propaganda constantly resurfaced in the discussions.

After many meetings and creative exchanges, CIRCUS OF TRUTH is finally the result of this extraordinary experience. A collective artwork and an evening of performances, music, dance and political speeches, it stages the themes that dominate our contemporary ‘post-truth’ society: truth, facts and alternative facts, propaganda, manipulation.

Truth is here a performative notion, it evolves in time and with its public. CIRCUS OF TRUTH unfolds as an evening of performances in ten acts, which will conclude as a sound and spatial installation on view during four days – a separate object to be experienced in itself. 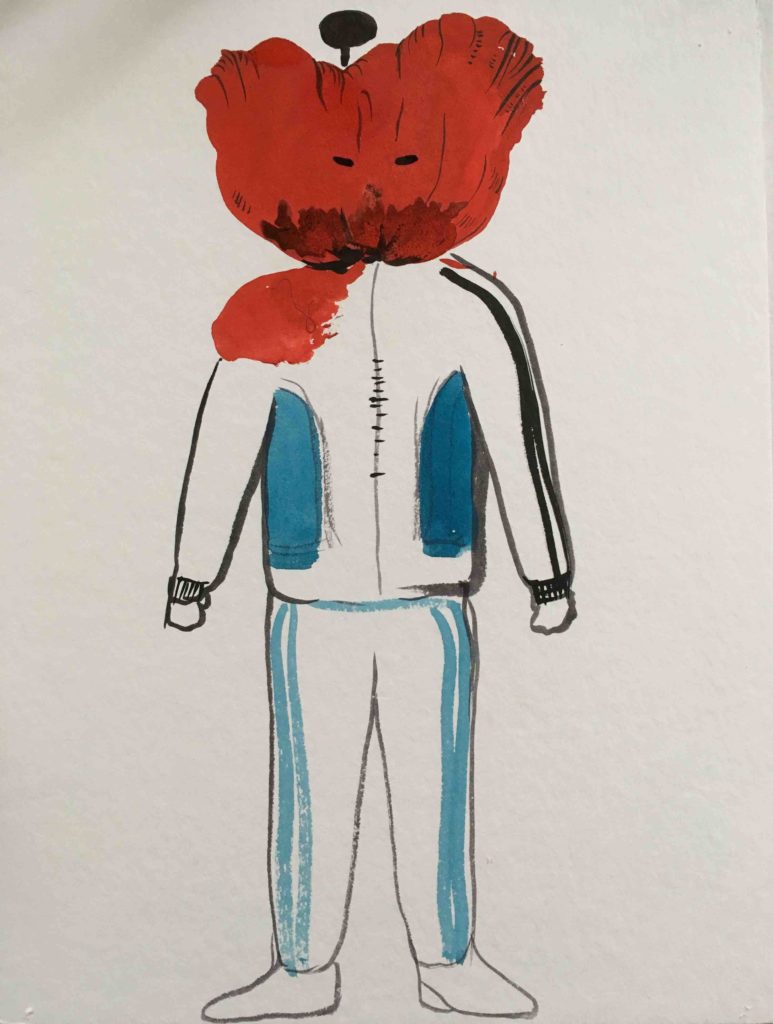 I was very happy to receive an invitation from the recently erected department of Human Plants at the European Parliament.
They showed me a photo of a huge banner in the city of Dushanbe with the president of Tajikistan on it. He was standing in a field of poppies. Poppies are a symbol of wartime remembrance.
This was no demonstration of solidarity with the fallen soldiers “Flanders Field”. They saw it as a hidden message. The task was to decode it. I was flattered to be one of the experts on it.

After having a short look at the map I understood: His country was the perfect highway for all the drugs to the west.

TAJIKISTAN is the poorest republic of the former Soviet Union, yet its capital, Dushanbe, is awash with cash, construction and flash cars. It is easy to guess where the money comes from. Tajikistan has little industry but, with a porous 1,300-km (800-mile) border with northern Afghanistan, it is at the heart of a multi-billion-dollar network smuggling heroin. Bizarrely though, unlike other transit countries such as Mexico, Tajikistan sees little drug-related violence. The heroine, instead, seems to help stabilise the place.

These particularly case gave me the opportunity to develop my most ambitious project: To cross Poppy Opium with the Tulip Vamp in the context of the nitrates free zone in Central Africa. Interesting that the different soil is giving different results. 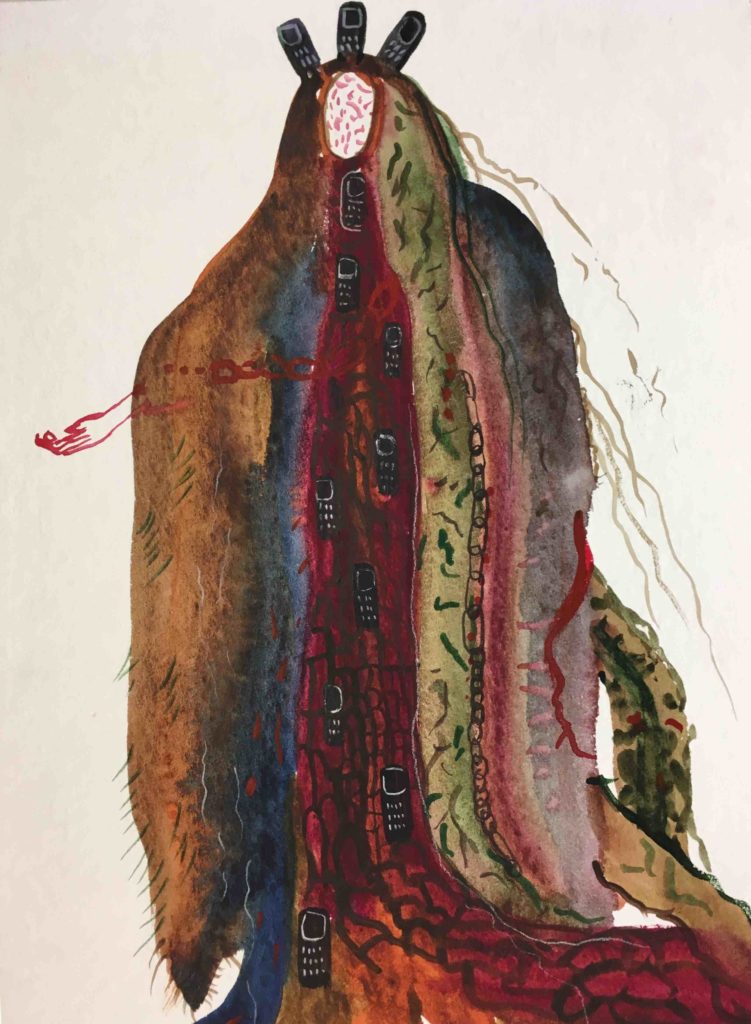 In the search of the Truth, I travelled to Africa to get the amazing Welwitschia – the plant of all plants, the sexiest plant, the most unusual plant in the world! This plant, known as Welwitschia Mirabilis is a plant which is endemic to desert region in Namibia and Southern Angola. Welwitschia is a monotypic gymnosperm genus although among people it is commonly known as a dwarf-plant. The two leaves of Welwitschia are leathery, growing with the speed of 8-15 cm per year. They can reach length up to 2-3 m, sometimes 6 m long. In its adult phase, the leaves will break off and gradually die. This amazing plant is known to collect drops of water from the thick fog on its leaves and bring the water down to the roots, metaphorically connecting our ancient roots with modern life. Like that, we have come to the conclusion that it could be a sculpture of a True Democracy.

What I find very sad is the fact that Welwitschia is the last plant that is left from its own plant family. The rest of its relatives died out a long time ago. So in order to save this plant I have crossed it with Reynoutria japonica, an invasive plant.

Reynoutria japonica is a migrant plant, who escaped from his motherland via Europe. This plant has very long roots similar to Welwitschia, and he is growing so fast, that gardeners face the necessity to exterminate him. For this purpose, they invented the method of killing it by placing it in the special box filled with special poison.

Behold the result of the Welwitschia/ Reynoutria Japonica hybrid plant!! 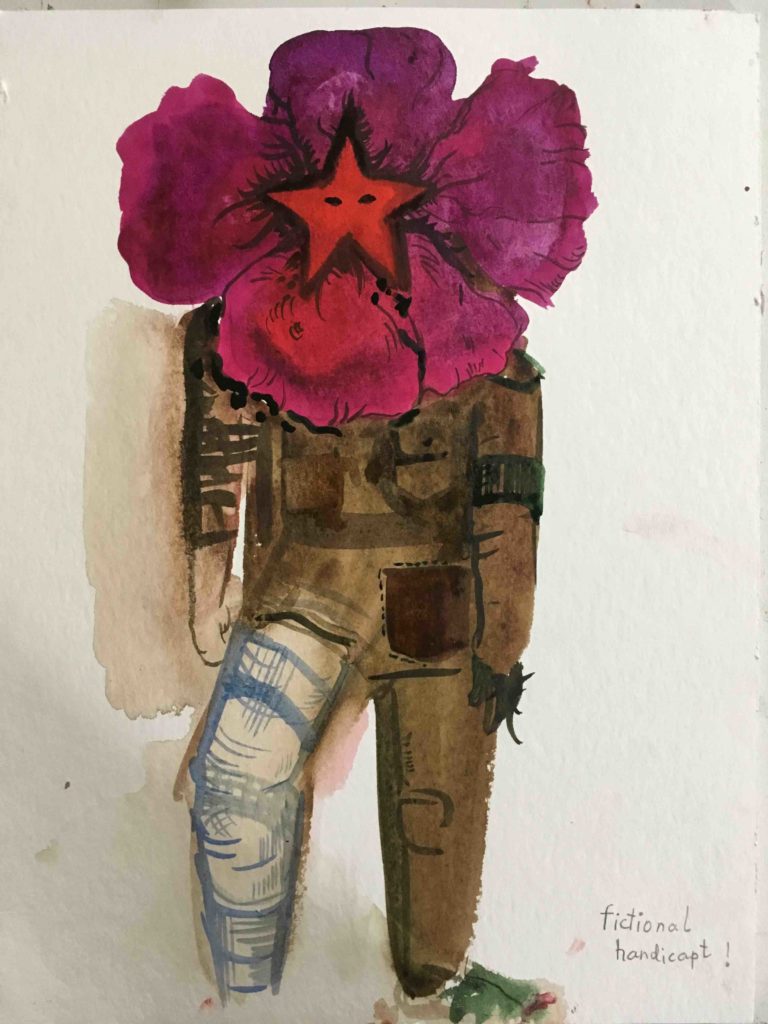 “Kimilsungia” – named after Kim Il Sung – General Secretary of the Workers’ Party of Korea, Supreme Commander of the Korean People’s Army, the Eternal Leader of the Democratic People’s Republic of Korea. This flower is strong, and his foundation is universal! I brought it from North Korea and rooted it in a Brussels famous botanical garden. You can see the flower there, unfolding around 7 am and closing around 6 pm. During this time you can observe the spectacular appearance of the flower’s centre part and an amazing smell which gives it a special aura and look.

The plant grows between 30 and 70 centimeters tall. Each stalk produces between 3 and 15 flowers per growth cycle. The flowers have three petals and three calyxes that measure between 6 and 8 centimeters. Kimilsungia blooms for between 60 and 90 days and is at its most fragrant and beautiful state on the 30th day. Kimilsungia is a flower with AAA-rated socialist credentials! It needs very little water or light or love for this matter- this flower is mankind’s triumph over the tyranny of nature! Gary smells the flower with deep breaths for a long time – he touches the flower and the way of talking turns from strictly rational to sensual and dreamy AROUSED.

The Kimilsungia violet orchid is now seen as a symbol of Kim Il-sung’s “peerless character” and he is “fully reflected in the immortal flower” which is “blooming everywhere on the five continents”.

Right now, we are negotiating with the Association of Sculptors in order to make this flower an eternal monument to Socialism. 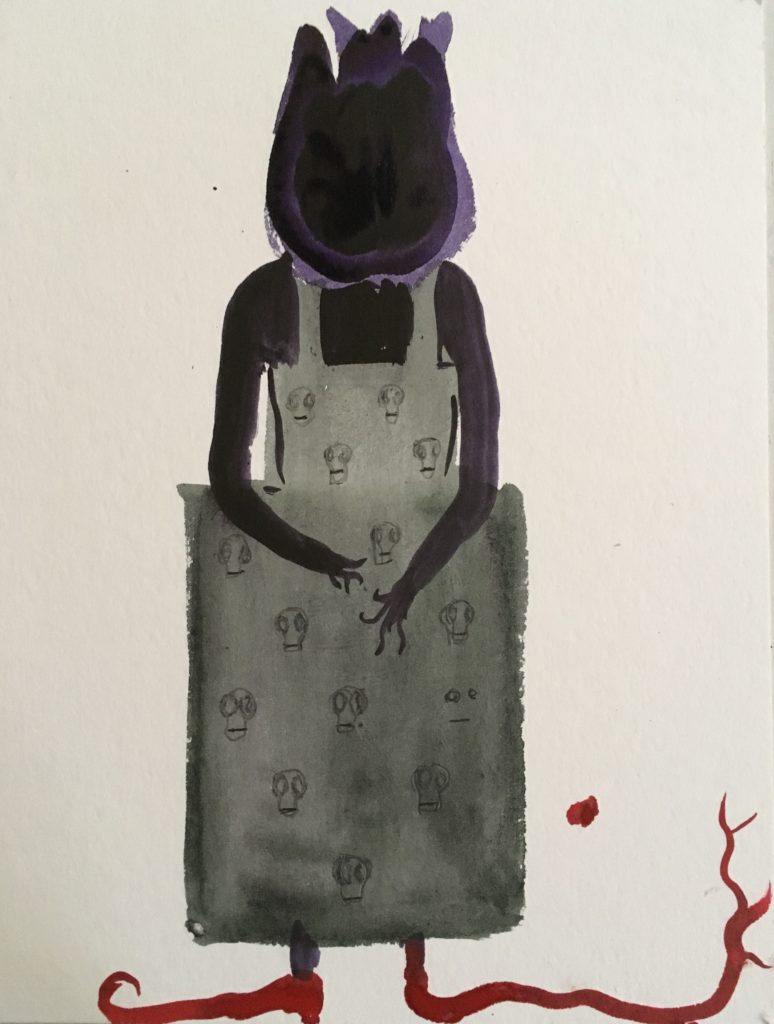 Africa is home to a wide variety of flowers.
Flowers need water, soil, fertile land and a lot of care.
But Water is the main issue when it comes to flowers. Water in Africa is a serious problem, children are dying without access to clean water. Water is a very expensive commodity. But the big companies who cultivate flowers for export allowed using as much water as they want for free. They need the water to raise the flowers for Europe, to bring Beauty.

In dedication to this human hypocrisy, I have created this breathtaking flower. I gave it the name Vampire Tulip. 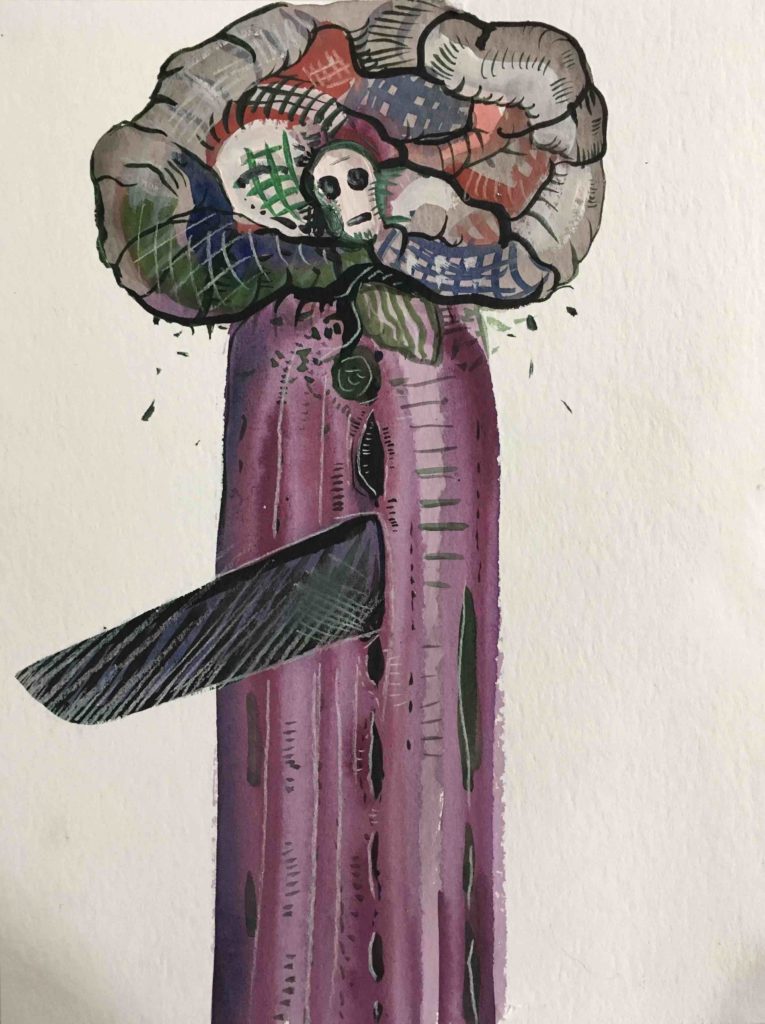 Let me Introduce you a Hybrid of the Red and White Roses, with a percentage of Wolfsbane seeds. My father was the professor botanist specialized in Roses. The Red/White hybrid of Roses was created by him. As you might imagine I have a contradictory relationship with Roses because of my father- a despotic man and sorry to say. A homophobe. Additionally, let me tell you that my father voted for Brexit with no deal — a so-called hard BREXIT. Probably these personal complexities plus the situation in the United Kingdom gave me the impulse to create the new type of Rose: Brexit Rose. 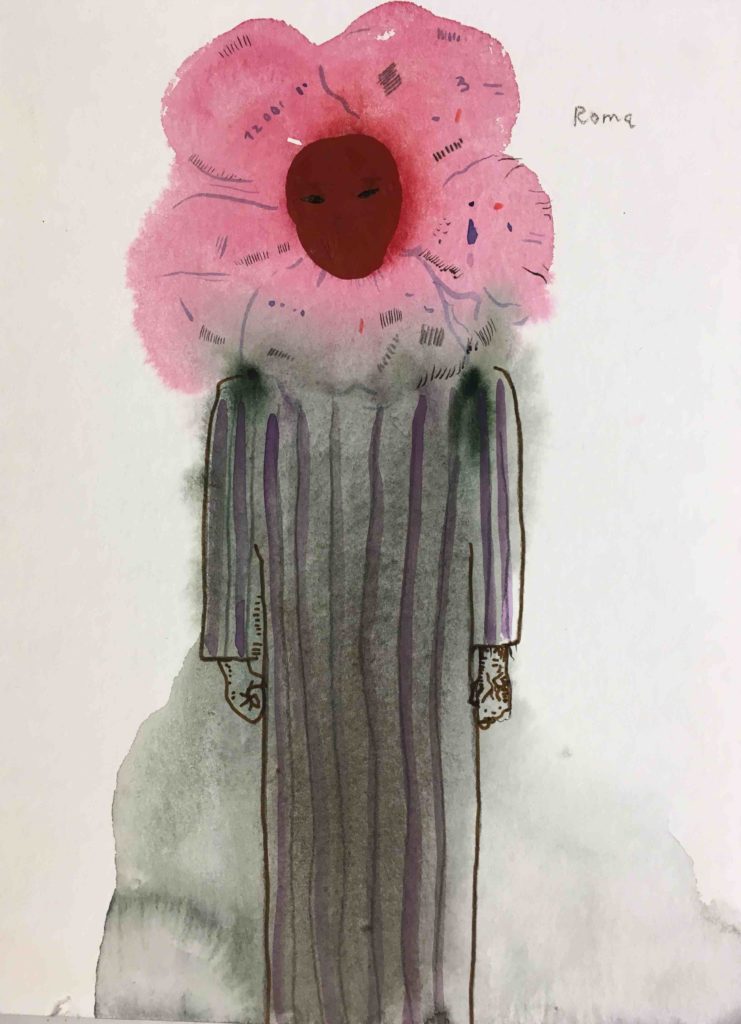 I met a young man from Congo. His accent was very strong and it was difficult to understand him. BUT: what I understood was this- There a hallucinogenic drug from Congo called IBOGEEN. It comes from a flowering tree called Iboga. Before westerners arrived in Africa it was used for medicinal purposes and as part of witch doctor rituals. When white people came and tried to replace the traditional religions with Catholicism- they discouraged and banned Ibogaine. Apparently- some people use it for toothaches (in small doses) and to get high and for magic (in big doses).
Ibogaine is being used to help heroin addicts in detoxification treatment. 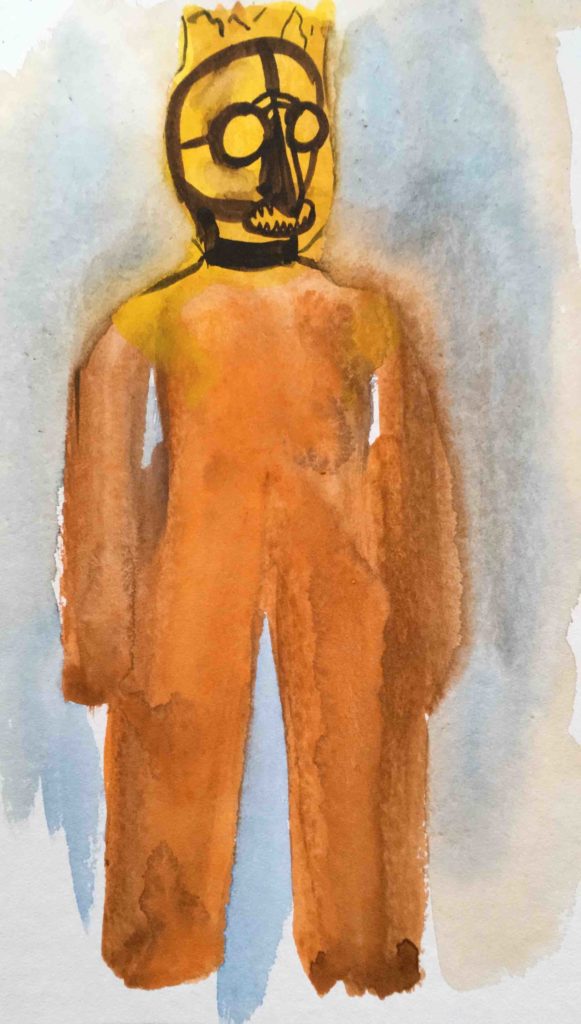 This gorgeous flower is the symbol of Brussels. Legend told that it is because the flower where showing the way to crusaders as it was flowering at the ground where they can go. The rest was the dangerous swamp.
An activist from Capetown who wants to remain anonymous told me this story: The government there is fighting a relentless battle against an invasion- a flower invasion. The invasion is that of certain non-indigenous plants that begin to spread across South Africa. This is a futile battle but has all the same grown into a collective obsession. In South Africa, non-native plants are called Aliens. There is a blacklist of the invasive plants and the Yellow Iris is on that list. a praised saviour in her home country of Belgium, a blacklisted Alien after her migration to South Africa. 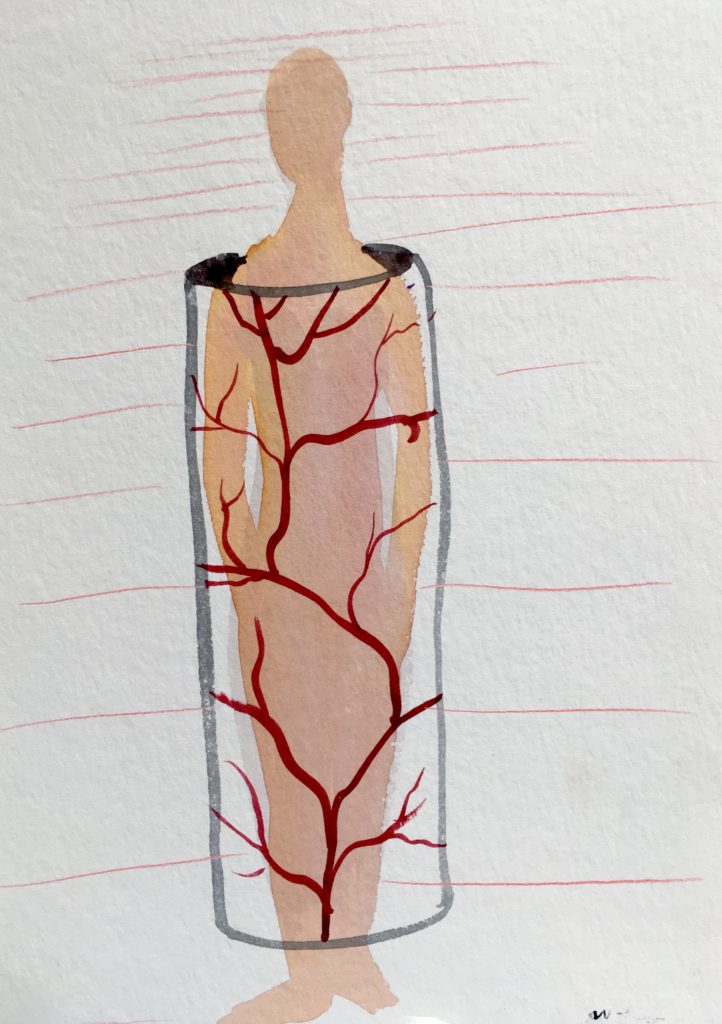 Info by VFP member Aly Renwick, who served in the British Army from 1960-68.